** Disclaimer ** This post comes with a few socially inappropriate comments (not mine I assure you) so please read on at your own expense or don't say I didn't warn you :) 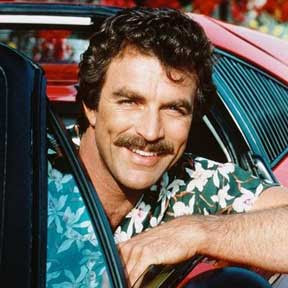 Once again it is that time of year, where many of our Western male compadres have grown/attempted a moustache to raise money and awareness for Prostate Cancer & Male Depression charities all over the world. It is a great cause and really, the only time that many of them can get away with the porn-star/Magnum PI look at work.

Duma has never participated in Movember, but each year we sponsor a bunch of our mates and make sure that we recognise the good that comes out of so many guys having crappy, wispy, scratchy faces...one of my girlfriends wrote on facebook that "my bf's face looks like a botched bikini wax - thanks Movember!". Friggin' hilarious, and I'm sure there are women all over the world who feel the same!

So the concept of Movember came up at Duma's work, where there is pretty much a mixed bag of nationalities - Omani, Indian, Filipino, a few Saffers, a couple of Italians and an Aussie. So you can imagine that leads to many interesting conversations over lunch and Duma revealed the idea behind Movember BUT moreso to lead into asking about why SO many Indian men have these fabulously MASSIVE moustaches!?!?

Can you imagine the smell? Gross! 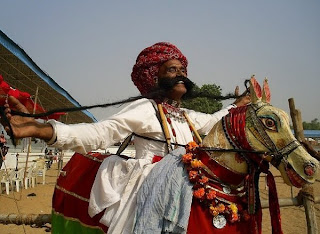 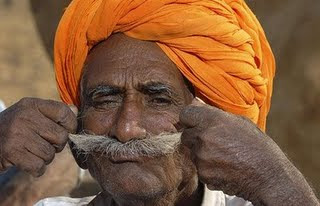 His colleague explained that having a big 'mo' is a sign of masculinity, and that for the older generations if you didn't have a mo you were considered gay. Now, the younger generation are apparently less inclined to follow this trend and are breaking away from the 'big mo' phenomenon. Interesting no? But bear with me for a minute as I explain Duma's dilemma/reaction...

We see Indian men walking around town, holding hands and arms around each other in a seemingly 'intimate' way, giggling and enjoying each others company. So the question he poses is "So no mo means you are a homosexual, but hugging and holding hands with other guys doesn't?". Go figure.
Posted by Delirious in the Desert at 9:58 AM