For the traveller in you... 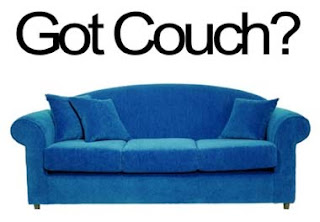 Duma & I came across the COUCH SURFING concept when we were preparing to backpack around Europe. Now, it sounds good in theory(especially if you are young & broke) and thank God there are A LOT of helpful, friendly & hospitable people out there. There are also a lot of crazies, but we won't talk about them right now!

If you have ever stayed in a hostel you will know that sometimes you just want to rest your weary head somewhere other than a bunkbed that is the size of a baby's cot...or shower in a space where you can raise your arms and do the chicken wing dance (you are doing it right now, aren't you?) as you clean those much needed areas ...OR do a #1 or #2's where your knees aren't hitting the wall in front of you and the walls aren't so thin....y'all know what I'm talking about!!!

SO - over the weekend and in my delirium I came across the couch surfing community in Oman. I still don't know how I got there, but I remember thinking "No way - I didn't realise there were so many travellers who spin the globe and randomly select Oman as a destination for backpacking". But I guess with the UAE, India and Sri Lanka, Africa and Egypt so close...why wouldn't you?

I was also spun out by how many people here welcome strangers into their home and show them around. Kudos to you! 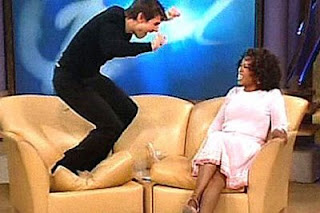 So the question(s) remain:
* Have you / would you couch surf?
* Would you let a surfer crash on your couch?
* Would you be interested in playing a local guide?
Posted by Delirious in the Desert at 10:32 AM